"....though I never thought that we could lose, there's no regret, if I had to do the same again, I would, my friend, Fernando", and there goes a part of Abba’s famous song, Fernando, which presents a vision of nostalgia of two veterans reminiscing in old age about a war of liberation that they participated in during their younger days.

The old bittersweet memories revisited me over a feature-film “Mama Mia”, adaptation of the beloved musical Swedish super-band Abba screening in theatres recently.

Some friends asked whether I would start the Biometrics business once again if I have the chance to go back to the past. They all had seen me suffered and witnessed the struggle for the business to turnaround, thus, the question is, was it all worth it?

Business is very much similar to a war, but at the same time very different from a war. The battleground in business and war are both merciless and cutthroat. However, in a war, winning suffers lost of lives and losing always claims more. War is about life and death and one may end up in a sudden full stop. In contrast for a business, you may accept defeat and your lost of investment; but you may still have the chance to return to conquest your losing ground bit by bit so long as your fighting spirit is still burning.

Life was hard in my early days back in 2000, during the development of our biometrics products. The endless challenges, one after another, both technology and market struggles, failure after failure. A series of tasks, to reduce FAR (false acceptance rate) and FRR (fault rejection rate), to improve reading speed and 1: N verification, to achieve user-friendliness, cracking many scientists’ heads over the years.

Investment drained in vain and staff started to leave when the sunlight was not in sight. Our business only started to dawn in 2005, not before a cruel bloodshed and corpses of our defeated models piled in our labs.

Let us bear the pain, do not extend it to our customers! This is my conclusion after 5 years of suffering.

And two objectives were derived: To help our resellers to sell FingerTec products easier and to reduce resellers’ support costs and time. To achieve these 2 objectives, 4 modules that include Marketing, Training, Products and Technical were introduced in our Global Reseller Program. To deliver the 4 modules, 7 supporting websites were established to cover requisition of marketing materials in hardcopies, useful sales information in softcopies, training materials in softcopies, user technical guides, technical tips, accessories, and warranty claim, all are ready to serve its designated purposes.

And the presence of our products in 90+ countries worldwide finally rewarded us a small piece of success story.

Of course, life must goes on, so does a business. And the newborn model, FingerTec TA100 DIY, making its debut this month to further deliver simplicity, and with the missionary objective to put the resellers and the SME/SMI customers at ease. Off-the-shelves-kind of product, one might say.

So, there’s no regret. And, there’s no envy too of me seeing someone signing a multimillion contract for a single project. I choose to have multimillion pleasant customers using FingerTec products to claim a single victory. And, I was contended and would continue to deliver a simple message to my customers: With FingerTec, everything is easy! 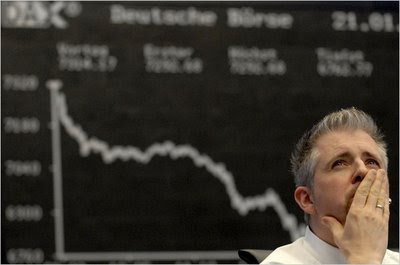 Bleak is the word precisely described the present world’s economy.  The crisis started from the sub-prime mortgage problem, snowballing and eventually resulted in the avalanche of the equity market, the collapse of the banking system, and a series of disconcerted governments’ bailout. The impact seemed enormous, almost affecting all industries when the credit line blowing cold. Another Great Depression is around the corner, some economists commented.

Internet Bubble: Back to Basic
When the Internet bubble bursts in 2000, some calls, “Back to Basic” instead of “Business-to-Business”, one of the buzzwords during the Internet boom. Back to basic, seemed to be the solution when something turned sour. The basic list includes basic business logic, basic profitability capabilities, and basic corporate management system and etc.

Could we use the same medication, “Back to Basic” this time? I think it is a YES. Greed is the driving force pushing capitalism into another extreme, and too much of lies behind the greed painted the false image of prosperous.

Consequences of Greed
When there is more truth, it is fewer lies. And when one gets closer to the truth, meaning one would be far away from the lie, and the greed desire would be less possible.  Would anyone still bite an apple if he knew worms are wriggling inside? The truth is, in the financial market, vultures hovering the sky looking for the next prey. If investors obtained the true information, he would be more cautious.

I am not an economist, so I don’t prolong the topic. I just relate this basic principle to what FingerTec products try to achieve: no lie and be honest.

Honesty is a Virtue
When conventional punch clock system or card access system were introduced to the market, the problem of buddy-punching or proximity card being passed around the office or to outsiders had never been solved. Why? It was simply because the devices offer convenience to employees to commit lie. When this happened, truth is never shown in any companies’ financial report especially factories where staff’s working hours matter.

Honesty is a virtue. Some might be cynical when I’m telling that FingerTec promotes honesty when it prevents buddy punching by deploying biometric technology. Of course, the best honesty should come from one’s inner self, and should not be imposed by external force. Just like no bosses like to be fooled by employees, they shouldn’t become vulture themselves.

I strongly believe that honesty is the basic principle before any solution for all kinds of crisis. 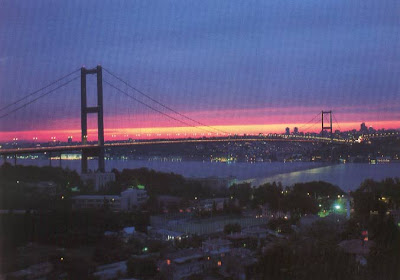 A bridge linking the European side and the Asian side

Istanbul, aged two thousand years old but still a vibrant cosmopolitan city, and one of my must-visit top destinations, here I come.

The Istanbullus are very much in their own center of gravity, receiving foreign visitors in (luke) warm manner; and some turns cold shoulder. Perhaps, 6.5 million tourists (in 2007) flooded Istanbul city make them less enthusiasm for foreigners.

There is a bridge over the Bosphorus Strait linking the European side and Asian side, the interface and the mixture of civilization has inevitably engulfed Istanbul in an endless tug-of-war between the East and the West, between Islamic and Christianity, between ancient and contemporary, and between certainty and uncertainty of their own identity. It seemed like the Turkey's application to enter the European Union (previously the European Communities) has also becoming a long march of tug-of-war since 1987.

The rise and fall of the Roman Byzantine Empire and later by the multicultural Muslim Ottoman Empire nourished the culture in Istanbul, produced Mr. Orhan Pamuk, a Nobel Prize winner in Literature in 2006. His writing has a lot of reminiscence of the glorious past and depicting his brought-up city like a thin air of melancholy.

And Istanbul is situated at the hilly location where the modern asphalt roads and the old cobblestone pavements are free flowing up and down according to the land structure. Some alleys snaking and sloping into the residential apartments are even very steep. 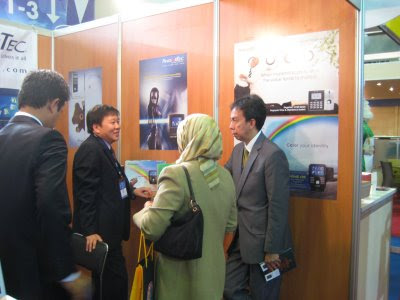 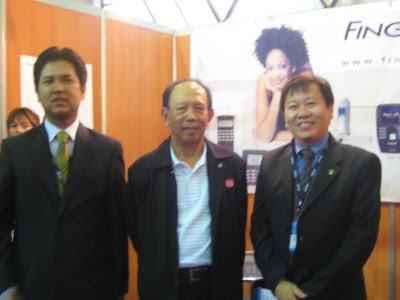 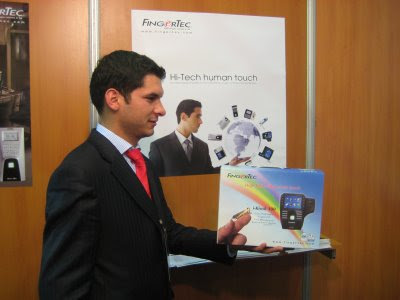 Is this guy, Fatih Gemi (staff from the opposite booth) resembling the model in our poster?

The 12th Musiad Exposition is well organized, unexpectedly attracted quite some foreign visitors from the neighborhood countries besides the domestic's. The Trade Show is in conjunction with the International Business Forum (IBF), hence it brought along a lot of decision makers.

Despite the wide range of industries covered in this Exhibition, FingerTec received quality inquiries from Kosovo Republic, Pakistan, Algeria, apart from the locals. Thumbs up also for Matrade (Malaysia External Trade Development Corporation) for their excellent works in arranging a Pavilion for Malaysia's exhibitors.

The second day after the Trade Show, I have a meeting with one of my prospective customers in his office in Perp Tic. Merkezi in Okmeydani Istanbul.  It is a very large 13-storey complex that housed approximately 5 thousands mainly electrical or electronic products merchants' offices. It is common for buyers and sellers to involve in tug-a-war in business dealings in Turkey, and the whole process took me a 6-long hour. At the end, I gulped at least ten cups of Turkish Tea over their hospitality. 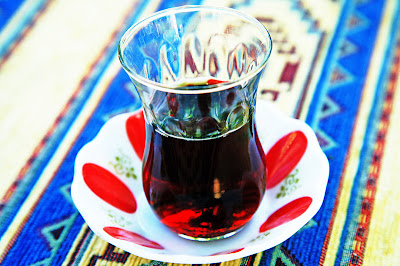