The Perils of Low Price

They invariably invaded the market vehemently, with promotion price that seemed to last forever. Low price was their only “weapon”. They swept the market and left the branded but less competitive products wept at a corner, praying for their lives.

Their success has made them stand tall for quite some times, until the next low-price predator marched in to give them a blow. There’s no loyalty, the market will embrace the predator without hesitation, turning the predecessor another vulnerable prey. Their dying cries of so-called better “quality” and “support” than the new rival has no appeal, because it never was in the consideration list and it was never offered before.

The truth of the matter is, price beats price. 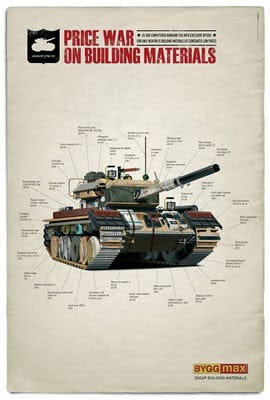 There will always be some cheaper priced products out there. Big companies manufacture low price products by running production 24-hour a day, volume component purchases and low labor costs. Size does matter; that’s the economy of scale.

But small companies can sometimes do things miraculously. They offer almost the same quality products with even lower prices. They're like cockroaches when the mighty falls; they’d survive for another million years. To them, size does not matter; survivor instinct prevails.

Whether size does or does not matter, the logic is, price is easily beaten by price. Since price is their only “weapon”, the strategy of the battle has always come down to price war and instead of bringing them benefits; they gain so little even they won the battle.

I was informed that in some countries where price is being made a more sensitive issue than religion, due to the economic downturn, new competitors can easily pound on the same door using the same strategy, initiating a fiercer price war than ever. 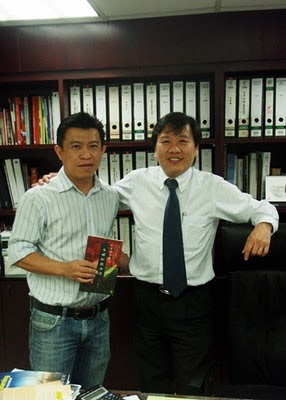 Desmond Wong (left) and me

Desmond Wong, executive director of AMTC, a distributor, flew from Sabah (East Malaysia) to visit FingerTec last week, told me that they have been approached and offered with some products from China frequently, undoubtedly lower price than FingerTec.

“I welcome their price discount, but afraid the same discount would apply to software features, service and product quality and reliability.”

After we chatted a little longer, he finally broke into a big grin. “I can make better profit with FingerTec because the customers could feel the worth. If I sell China products, I have to succumb to market force by lowering my profit margin.”

And now it was my turn to break into a big grin thinking of the reality of the situation. Despite the economy downturn, AMTC's FingerTec sales improved by 60% last year.

FingerTec is not an alliance in the price war; in fact we choose to stay impartial. When two China products engage in a price war, we are always not included; but when the sales being awarded, we are not always excluded.

Why so? Because price is not our only strategy, we have many.

Is This A Farewell? 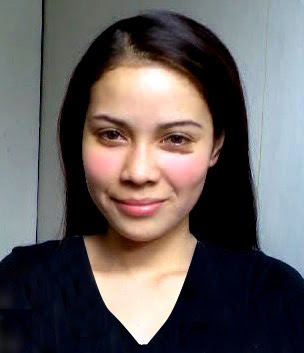 FingerTec threw a farewell party for Regielou Rolloque last month, but this farewell seems a little weird to me. Yes, she left, flew back to her home country the Philippines on 2nd January 2010; but she’s not actually leaving us; she is in fact still working full time for FingerTec.

As usual, she has to write a weekly report to the management, follow-up the sales inquiries, handling her Spanish-speaking clients through MSN, Skype and email.

I remember the first time she arrived in Malaysia two years ago during Christmas Day; she appeared timid and introverted. Was she going to survive for two years?

No problem, the friendly working environment and the helpful colleagues here would melt her heart. I told myself.

In two years, her soft-spoken Spanish tongue has melted the Latin American’s hearts too.

Whether she works from Malaysia or the Philippines, there seems to be no difference to our clients. And to us too. It’s just that, without physical presence, her colleagues need to assist her in some administration works from Malaysia.

This is the power of the Internet. And FingerTec sales and support system centers around it, tightening the screws at all ends, fine-tuning the user-experience for both resellers and end users, adding more value from time to time to the platform.

The result is apparent. The virtual has delivered more tangible results than the brick-and-mortar.

One day when Regielou came to me and told me, she missed her home, and she likes her job. Immediately I knew my answer.

You’re free to go home, and you can keep your job.

But you have to visit us once a year, because the colleagues here miss you, too.

I have a few weekly columns in some local dailies. And the longest period of column I had ever written lasted three years, published every Monday, totaled 156 articles without a single lapse. Despite my busy work schedule, I still accepted an invitation from a tabloid to contribute critique once a week, and it has been a continuous eight months now. 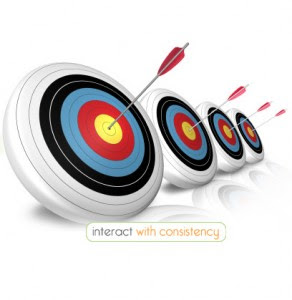 Inconsistency has always killed any brilliant new plan halfway through. In the contrary, consistency is THE key to a successful implementation of any plans. I'm proud of our FingerTec monthly newsletter, since the first issue was published and disseminated in February 2007; we never missed a single issue over the past 3 years, despite the extra workload and rushing for deadline drew excessive pressure to our staff, when their hands were usually tight, and minds were usually prioritize with some other promises to customers.

Because of our persistence, we maintain consistency and we take care of the content’s quality at the same time. I witness many companies much larger than us, even with a team of dedicated sub-editors, normally had a fine start but slowly lost their momentum and passion as the time went by. We only have our team of sales and technical personnel contribute their writings and assist with the editing of the FingerTec monthly newsletter for the past three long years; and my gratitude to them is beyond words.

“But newsletter is one of our very effective sales strategies,” I rebutted. The consistency of the newsletter is not just the only one thing we pursue. The fact that we never overlooked other areas such as the handling of sales and supports through our CRM system proves consistency. People shouldn’t be too shortsighted in business. Newsletter is a long-term commitment; an intimate relationship we build with our customers; the results might not be as straightforward but it’s beneficial in the long run. 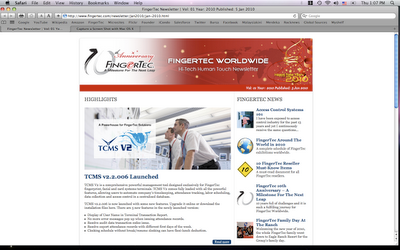 In fact, besides the regular updates of our latest developments, Newsletter helps us to win over some potential leads that are selling other biometric products. It also serves as the checkpoints for our staff to contribute technical tips and marketing information to enrich our support websites regularly. Without the monthly newsletter, I can expect very rare updates of our relevant support websites, and the excuses would never be short of supply. Our Newsletter also provides a platform for our resellers worldwide to publish their stories, to announce their successful projects and have the opportunity to share with the others their FingerTec experience at no cost at all.

We improve the contents and design of our newsletter from time to time, and we have been meeting our deadlines earlier in order to publish the volume from the middle to early of the month. Furthermore, the consistency we pursue has slowly turned the process of publishing our newsletter into a habit, and the burden also has been replaced by responsibility. And we expect reading of the newsletter would also become a habit to our resellers. 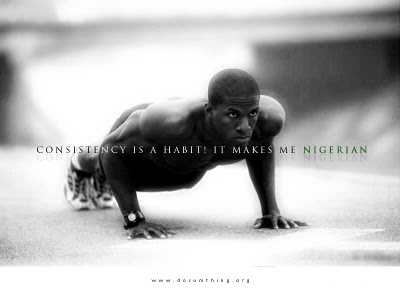 I dare say that the consistency of our newsletter has improved FingerTec® image tremendously. A distributor from Africa came to the office every half year and she brought with her printed pages of our newsletter and asking for further explanation and updates on various topics. I don’t have a statistic to prove my bold statement, but from feedbacks I received and from my gut feelings, I know that this is true. My logic is simple, I reckon many people believe that, if FingerTec is serious about something they deemed less important, what about those significant matters? Go figure.