During Secutech Taipei Show, in April 2010, a company’s sales director approached me and he invited me to visit their HQ in Beijing to explore the collaboration opportunity on face recognition technology. When I finally paid my visit and stepped out of their HQ in June the same year, my instinct told me that they were not the right company we should be working with, even though they had just been listed on Shenzhen Stock Exchange early that year, and their initial share price skyrocketed.

Their flamboyant marketing approach didn’t make me feel they are a company with strength. I  was less impressed when I later read in a magazine about how their CEO put up a frivolous show before the media by smashing an ice-sculptured apple to assert their confidence and smashed an iPad with their tablet products.


It seemed like they discovered a gold mine when Kindle was proven to be a huge success in 2007, the sudden upsurge of demand of eBook readers in China tremendously uplifted the sales of their eBook readers as well.

Unfortunately, their sales slumped last year. And in reverse their tablets were 'smashed' by Apple and to add salt to injury, their eBook reader sales dropped sharply due to the lack of ebook contents to support users like Amazon has. To make matter worse, their biometrics division was never really took off.

I have always believed that companies without internal strengths would have a short life-span. A lot of companies just bet on sales and sales strategies to grow their business, the rests to them are just costs, so the lesser the better. Many short-sighted businessmen are hoping to maximize profit, hence they cut down budget on trainings, administration and technical supports, not to mention the investment for the future i.e R&D.

Once, I met this typical businesswoman who said that every square foot of an office space counts when she visited our office, shaking her head in disagreement. For her, maintaining a cozy working environment should never be a consideration.

When Amazon.com hemorrhaged in its first ten years, why were the investors not losing their faith, and continued to support the company? Simple, because everybody knew that it was just a matter of time for the company to make a turnaround. 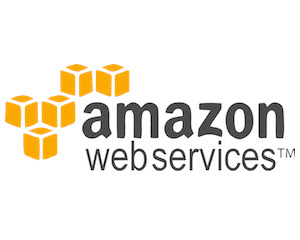 And when Amazon starts to make profit, everybody believes it would continue to make profit forever (or at least it seems so). My perception is, other tech giants may one day be losing their momentum, but not Amazon, because they had built an internal strength that could almost last them forever.

You can't talk about Apple without talking about the iPad, iPhone and iPod, however for Amazon, it's a different case. Even without its Kindle or Kindle Fire, Amazon will continue to expand mammoth-like, swallowing any merchandise that may come their way. Their internal B2C platform encompasses with layers after layers of service system that they built over the years, has become a fortress for them to stand for any challenges, and selling anything that they want, from a toilet roll to an airplane.

After in-depth analysis and a long list of comparisons, we have decided to choose Amazon as our cloud computing platform partner to jumpstart our SaaS for TimeTec Cloud. In general, we are confident to select Amazon as a partner, that is famous for their customer service. Go figure!

The Downside of Low Price Attraction

My wife swore she would not revisit Japan at least within 5 years after having experienced the earthquakes and the Tsunami and the scare of the nuclear radiation risk last March in Tokyo.

But when Airasia offered low price tickets for their debut fly to Osaka last August, my wife conveniently forgotten all her fears and booked the air tickets right away. Hence, Osaka was the destination for our family's Chinese New Year holiday vacation this year. And, we were back in Japan not even a year from her last vow. 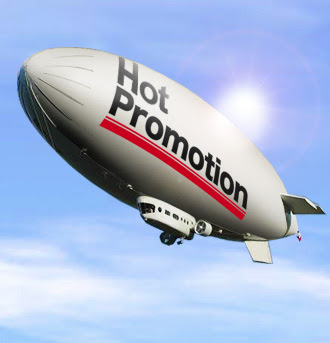 That’s how sales and promotions having their effects on women mostly and make her (my wife) forgot the pain that came later. She didn't take any considerations (or she intentionally forgotten?) about the high living standard in Japan, about the expensive foods, accomodation, transportations, local tours, theme park, shopping; all in all, the additional high costs made the low offered airfare insignificant.

For consumer products, the pain hurts you once and you regret it after but it may have a smaller effect in a small circle of people; but for an industry product, when low price prevails without comprehensive considerations, greater suffer might need to be borne by the whole company for a long period of time.

Imagine buying a machine that is not really suitable to uplift your company’s efficiency? It could easily jeopardize the business's operation and the whole business in general.

I was involved in the business of supplying Electronic Publishing Solution to the newspaper industry before I ventured into Biometrics industry. And I’d witnessed how one of my clients, due to the cost-saving purpose, had bought a third party part to support its web printing machine. The part had caused the machine to hiccup once in a while too often to keep up with the race for the deadlines.


Of course low price is not necessarily equivalent to low quality product. But hi-tech products nowadays have become too sophisticated that hardware alone would not be the only determining factor in their performance. Just as the success of iPhone, iOS and Appstore should be taking the bulk of the credit.

Yes, we packed FingerTec biometric terminal into a small box with some accessories and a CD that contains TCMS v2 software and all type of user guides. When all eyes are on the hardware which obviously take up the major space and weight in a box, we shouldn’t and couldn't ignore the software, the firmware, and the support system built around the hardware.

When pricing is the only considering factor, some customers would easily end up having to endure permanent glitches of their system every single working day, even though time and attendance system is just a threshold for workers to start and end their work by clocking-in and out.  We should be aware that when more rules apply, the calculations would be more complicated for time and attendance, besides extra issues of integration or export of data to your payroll system. To top that of, working hour is a sensitive issue and human resources is always one of the major costs for most companies.

For any industry products, don't get too caught up in getting the best deals in price in the procurement process.  No matter how low the price a product is, it is always wise to research before making any decisions. As the saying goes, there's no free lunch.