What About Changing The World

We all know that a great man has died earlier this month. We have little doubt the company he led; Apple Inc would overshoot Exxon Mobil to become the largest market capitalization company in the world anytime soon. We all know the reactions to his death were awe-inspiring, with mourners leaving candles and flowers outside Apple stores around the world and the Internet was humming with tributes.  As consumers, we all like the gadgets that the company produces be it iPod, iPad, and iPhone that are managed by iOS, iTunes and iCloud.

Yes, Steve Jobs indeed was a great man, and he had made the world a better place with his incredible electronic products. But if anyone says that he had changed or reshaped the world, I think it is an overstatement. Without Apple, the world would still be conquered by smartphones, tablet PCs, cloud technology, voice-command devices and digital music players, perhaps by different brands with a slower pace. Jobs perfected these gadgets; either he took the lead or fell behind in the game, eventually he succeeded in arousing consumers with a vast magnetic impact to the market. 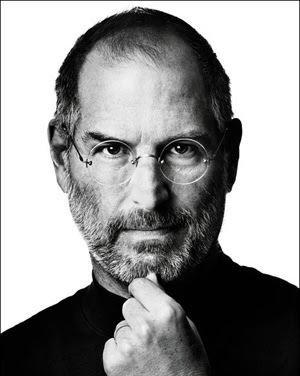 The Economist concluded that Steve Jobs had ignited a revolution in sparking a trend towards personal technology. The weekly also praised his non-engineer background as an advantage, which redirected him to be obsessed with product designs and aesthetics, and made advanced technology simple to use. He took the readily available yet half-baked ideas i.e. the mouse driven computers,  the digital music players,  the smartphones,  the tablet computers – and he showed the rest of the industry how to make them properly. In the process, he triggered upheavals in computing, music, telecoms and news business that were painful for incumbent firms but were welcomed by millions of consumers.

He combined an emotional spark with computer technology, and made the resulting products felt personal. Despite all these achievements, he still didn’t change the world even if his fans would like to think so.

If I have to quote a person that had really changed the world in the modern history, Sir Timothy John Berners-Lee would definitely be the person.  Born in 1955, the same age as Jobs, he is a British computer scientist and MIT professor, credited as the inventor of the World Wide Web, making the first proposal for it in March 1989. On the 25 December 1990, with the help of Robert Cailliau and a young student at CERN, he implemented the first successful communication between Hypertext Transfer Protocol (HTTP) client and server via the Internet. 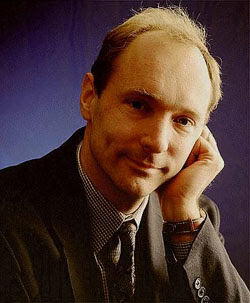 How the Internet has changed the entire world since then? How many Internet giants have emerged or companies like Apple have reemerged on the foundation of the World Wide Web? It is needless to mention because the rest is history. Although Berners-Lee is the director of the World Wide Web Consortium (M3C), which oversees the Web’s continued development, and holds many other positions as far as the Internet is concerned, he remained anonymous to many people. If he has to claim IP rights over the Internet licenses, he would probably become the richest man on earth.

When we mourn Steve Jobs, we shouldn’t be overzealously deified him and forgetting the real heroes behind all his successes. I always feel that changing the world shouldn’t be our ambition. Anyone can make the world a little different, but it should come with the intention to make the world a better place. Sir Isaac Newton who discovered the gravitation had changed the world, and Albert Einstein who developed the theory of general relativity also had changed the world. Those incidents were accidental without an attached ambition to start with. A man who had the ambition to only change the world could become as ruthless as Hitler.

We are not that ambitious to be as great as Steve Jobs, but we can make little positive differences in the company or in the industry we serve. And with all the little differences we gathered over times, we could improve our products to be great products and help our company to emerge as a great company, and eventually we could become a great person in the process. That’s the way FingerTec soared beyond Biometrics.

An audit officer from the Brand Award Committee asked us whether we were committed to any charity work in the past three years. And if yes, they needed us to show them proof. In fact, I kept no proper receipts even though we have regularly donated to some organizations and on and off sponsored some charity activities. 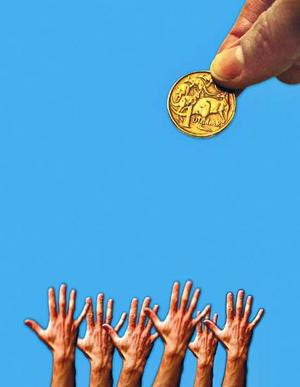 Back in the day, I came across bitter experiences when soliciting donations during my school days. “Can my donation be exempted from tax?” was the very first question most company bosses that we approached would ask even though they donated to our extra-curricular activities.

During my university years, the funds allocated by the authority to each society were peanuts for the whole year’s expenses, far too low to meet the balance for the largest and most active society, which I joined and was a committee in my sophomore year. And the state-owned university made the fundraising harder when all societies were prohibited to open their own bank accounts, and all public donations had to go to a centralized university account.

Channeling the donated fund back to your society was the hardest process, we needed to file a lot of papers and answered a myriad of queries; furthermore the Student Affair Council had the rights to redistribute your fund to other societies.  Even when you were lucky, the “discounted” fund would reach you definitely long after the activities had ended.

To solve the ‘problem’, we had to use our personal bank accounts when soliciting donation. There were some donors who agreed to donate without tax exemption letter but they would eye us suspiciously when we told them to issue the cheque to a personal account. As a result, we always had to work harder or on a tight budget to support our activities.

Hence, when big corporations make some annual tax-exempted donations usually to the orphanages and old folk homes, or much willingly participate in some high profile charity events that would be placed their photos in the papers, I choose to donate to societies and activities that are under privilege and low profile, or to some NGOs that promote human rights or some minority rights programs. And of course, the society that I joined during my university days is also in the recipients list. But it was sad to learn that after so many years, their predicament persisted.

Yes, I have more to say when it comes to charity work as part of the integral social responsibility. For example, the world applauded the formation of Bill and Melinda Gates Foundation initiated by Microsoft boss Bill Gates with an endowment of USD33.5 billion as of 31 December 2009, to enhance healthcare and reduce extreme poverty, and in America, to expand educational opportunities and access to information technology. Nevertheless, I still think it would be better if Bill Gates can do more with the resources his company owned. 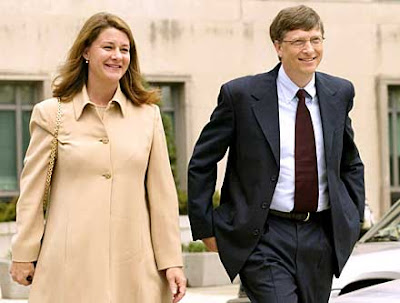 Become a philanthropist only after retired?

In fact, the devotion to charity work shouldn’t have come only after Bill Gates retired from his corporate life. It can always be a part of it. For instance, why not have Microsoft give away their older versions of the operating system and software to the people of the poor countries to narrow the digital gap between the rich and the poor? As Microsoft has still been dominating the PC market in the last two decades, this would be a more practical aid to help the world.

You might be a nobody or a somebody, you might earn only a little or you might be a multimillionaire, but when the conscience bell is tolled, don’t wait until someone entices you with a tax exemption letter, and don’t wait until you become a retiree; contribute in whatsoever way that fits you. Just like the Google Executive Wael Ghonim took the online activism to a new level when the revolution erupted in Egypt earlier this year, he doesn’t wait when his countrymen needed him.

And, I joined the Bersih 2.0 mass rally to call for a cleaner and fairer election in Malaysia on 9th July. Who says a Chief Executive Officer can’t take part in a street protest?